Thanks everyone for entering the contest! The winners have been chosen by rafflecopter and have been contacted and the names posted below.

Join in the fun to celebrate Kathryn Le Veque’s new kindle World of De Wolfe Pack with the 16 authors who have written books in her new world. The multi-author hop runs from Nov. 20 – 26 with lots of wonderful prizes including a kindle fire HD7, amazon gift cards, and calendars that feature the De Wolfe World authors and their books.

My hero, Billy de Wolfe, (Wolfe) in Wolfe of the West is visited by the ghost of Kathryn’s famous William de Wolfe and reminded of how important it is to run with the de Wolfe pack once again. Wolfe returns home to face his childhood sweetheart, Lexi Marquardt, and things heat up between them in more ways than one. 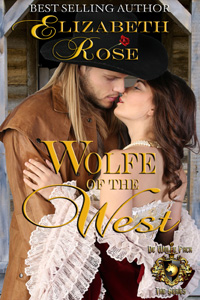 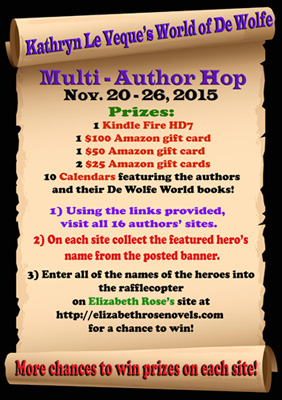 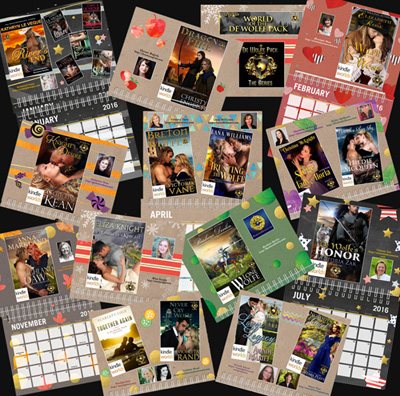 My upcoming release is Just a Kiss – (The Frog Prince) Book 2 of my Tangled Tales Series that follows Lady and the Wolf – Book 1, (Red Riding Hood). It is available for preorder now for only 99 cents and will be released on Dec. 4th. 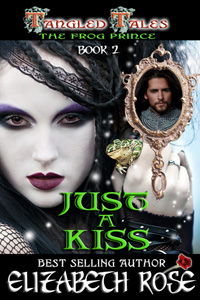 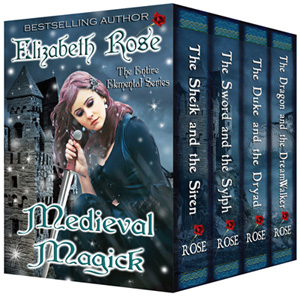 If you like boxed sets, I have boxed up the entire Elemental Series in Medieval Magick, and for a limited time you can buy it for only 99 cents. Medieval lovers will also want to try my Border Lords and Ladies Boxed Set sampler for only 99 cents too. And special for the hop I’ve decided to run a kindle countdown on my Highland Madness Boxed Set, which will start at 99 cents on Nov. 20th, so be sure to pick one up before the price begins to change. 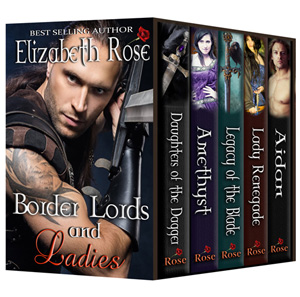 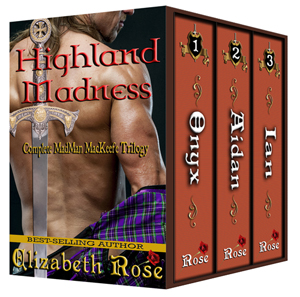 To enter the contest, go to the rafflecopter below where you will also find the author links. 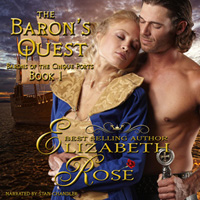 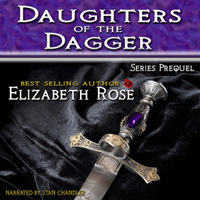 Author Links For The Hop:

Here is the book trailer from my Legacy of the Blade Series. Enjoy the hop and good luck!  Elizabeth Rose – ☽