I hope you are enjoying your summer.

I am so excited to tell you about my NEW series, called Highland Chronicles. This series is Scottish, and features the sons of Storm MacKeefe from my Legacy of the Blade Series, and also the sons of Onyx, Aidan and Ian from my MadMan MacKeefe Series.

The heroes in these novels will do anything to get mentioned in the Highland Chronicles, having to be even bigger legends, and a lot crazier than their fathers.

Highland Storm, Book 1 is available now on preorder for only 99 cents. It will release on Sept. 19th, so be sure to preorder your copy today! 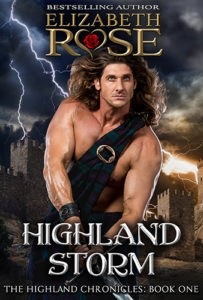 Watch for more books in the series coming this fall.

Who hasn’t dreamt of a summer love? Enter our giveaway and you could win a Kindle Fire to load up with a dozen new summer flings, Amazon gift card, ebook prize pack, or a sweet Kate Spade book tote!

Then, shop our book fair and grab Doubting Thomas for just $0.99 and/or May Queen for $2.99, and you’ll definitely find that next summer crush. All ebooks priced at 2.99 or less, some FREE. We even have a bonus scavenger hunt giveaway!

Hi everyone! I just wanted to tell you that I have finished my book trailer for my Daughters of the Dagger series and am excited to share it with you. Click the following series title to watch it. 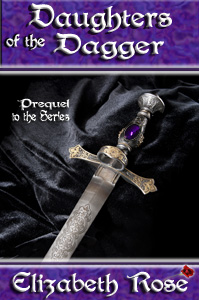 Also, don’t forget, the Prequel book for the series is FREE! Click the icons to pick up your copy today.

Be sure to stop by my website to see my Book Trailer Video page. Eventually, I will have one for each of my books.

The third and final book in my MadMan MacKeefe series, Ian, will be released sometime in the next few months, so please keep watch. I will post the new cover soon. And if you’ve missed the announcement about my new book, Aidan – Book 2 in the series, you can now read an excerpt on my website.

Thanks so much, Elizabeth Rose

Onyx – Book 1, the first book in my Scottish MadMan MacKeefe Series is now available at Amazon, Smashwords, and soon to be at Barnes and Noble and other vendors.

Onyx MacKeefe is feared as a demon because of his two different colored eyes. And when his mother’s life is endangered, he does what he has to in order to ensure her safety. He kidnaps the bonnie Englishwoman and also his enemy, Lady Lovelle. And things get heated in more ways than one between them. Now everything pivots on finding the Book of Hours before someone winds up dead.

You can read sample chapters on my website or on amazon or smashwords, or buy Onyx now for only $3.99 by clicking the following links. And watch for Aidan – Book 2, coming in Jan/Feb. –  Elizabeth Rose

I’m excited to share with you a sneak peek at the cover of my upcoming novel, Onyx – Book 1, the first of my Scottish trilogy in the MadMan MacKeefe Series.

For those of you who have read my Daughters of the Dagger Series, this is the story of their baby brother with the two different colored eyes that they thought was dead.

Watch for Onyx sometime around Christmas, and keep watch on my website for sneak peeks of the covers of Aidan – Book 2, as well as Ian – Book 3, which will follow soon!