The Rose’s Read for All Hallow’s Eve this week for only 99 cents/KU reads free, is The Caretaker of Showman’s Hill. If you like vampires, this book is for you. It’s a novel inspired by a true story of a circus train wreck that happened near Hammond, Indiana, back in 1918.

A circus train was pulled over at 4 am, trying to fix something that overheated. Behind them, an engineer of a freight train fell asleep, plowing into the back of the circus train. The sleeper cars were near the back, and over 50 performers were killed. The cars were made of wood and the gas lighting caught fire, making things even worse.

The deceased performers were buried at Showman’s Rest in the Woodlawn Cemetery that is close to where I live in Illinois. I’ve been to the cemetery and seen the grave markers of the fat man, clowns, trapeze artists, and more, with stone elephant markers atop them. Rumors say the area is haunted and you can hear the elephants wailing at night, even though no animals were killed in the crash and none are buried there. (See my booktrailer video that follows. I’ve incorporated my own characters into an actual graveyard scene. Spooky, right? What else would you expect for Halloween?) 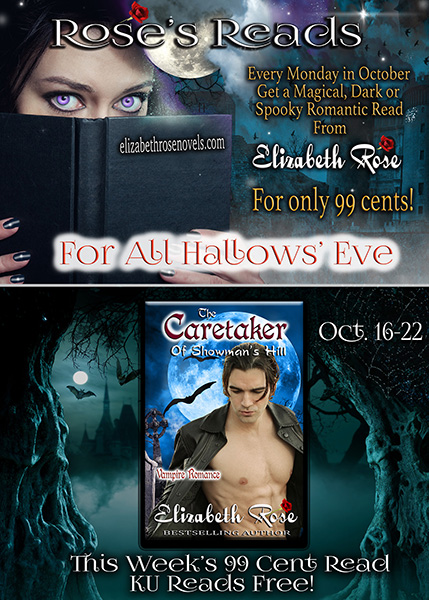 Basil Wensilton III is a vampire, hundreds of years old. He’s one of the victims of a circus train wreck – one of the unlucky performers that didn’t die, but turned into a vampire instead. He is the Caretaker of Showman’s Hill Cemetery, watching over a secret potion, as well as a lair of other vampires from the circus train.

Cassie Briggs is a reporter who comes snooping around the cemetery on a mission, looking for her missing sister. Instead, she finds an old bordello made into a bar, and run by a very mysterious, yet handsome man who only seems to show up at night. Danger and attraction run strong between a two-hundred-year-old vampire and an innocent young woman in The Caretaker of Showman’s Hill. Pick up your copy today for only 99 cents/KU reads free! 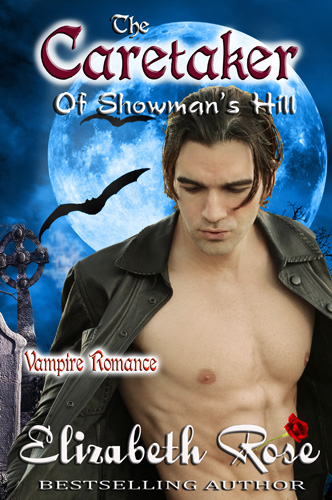 (In the booktrailer video, the house you see is an actual abandoned house in Michigan that I turned into Basil’s lair!)

The book is available only through amazon at this time.

Now, to tell you why this post is late: I just returned from the InD’Scribe conference. Although, I didn’t win the coveted RONE award, I had a few good friends who did. We had a great time at the costume ball as well. Here are a few photos I’d like to share with you. I was Lady Elizabeth for a night! You’ll see authors Alexa Aston, Meara Platt, myself, and Victoria Vane in the photo. There was also a huge book signing where I met a lot of wonderful readers! 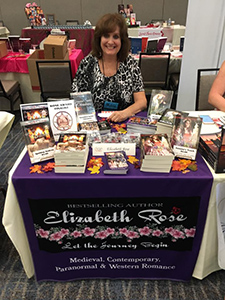 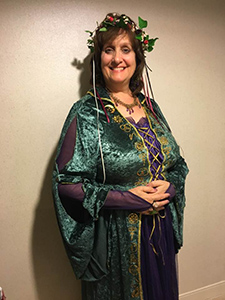 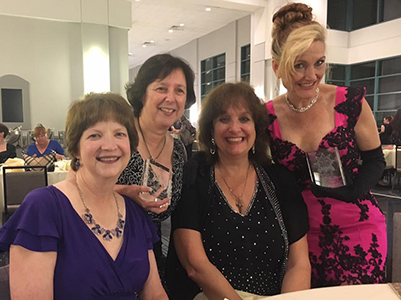 Just in time for Halloween, newly released is the audiobook of Lady and the Wolf – (Red Riding Hood) – Book 1 of my Tangled Tales Series. The books in this series are twisted, tangled, romantic retellings of some of the classic fairy tales. If you buy the ebook of Lady and the Wolf for only 99 cents, you will get a discount on the audiobook as well. Watch for the final three books of the series coming this winter. To hear a sample of the audiobook, click on the photo which will take you to my amazon page. 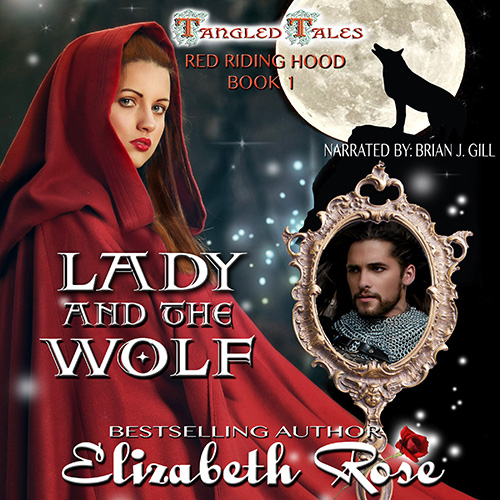 One last thing I am excited to tell you about is the Highland Harvest Giveaway that runs from now through Halloween. Eleven Scottish Historical authors have joined together to give away copies of their ebooks, and a kindle fire. Stop by the on-going party to enter the contest. Authors will be dropping in sporadically for flash giveaways and to chat as well. Click on the photo which will take you to the party site. Thanks everyone! Next week’s Rose’s Reads is one of my favorites, so be sure to watch your email next Monday! 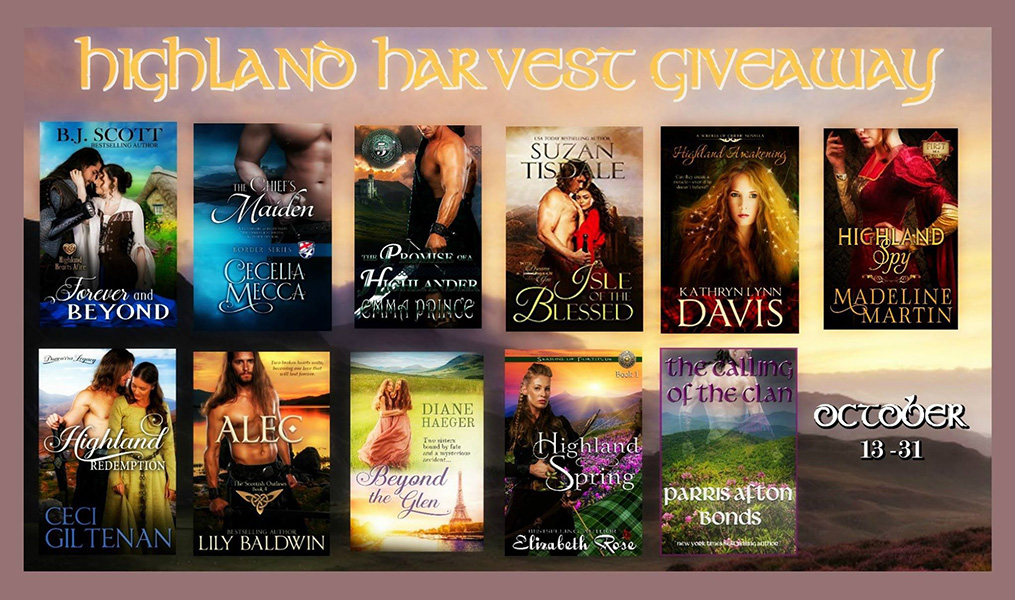 Hello everyone and welcome to October. Autumn is my favorite season. To celebrate as we anxiously wait for Halloween to arrive, each Monday from now until the end of the month I will have a book on sale for 99 cents. The books I chose will be books that are magical, spooky, or that have at least a touch of paranormal in them. 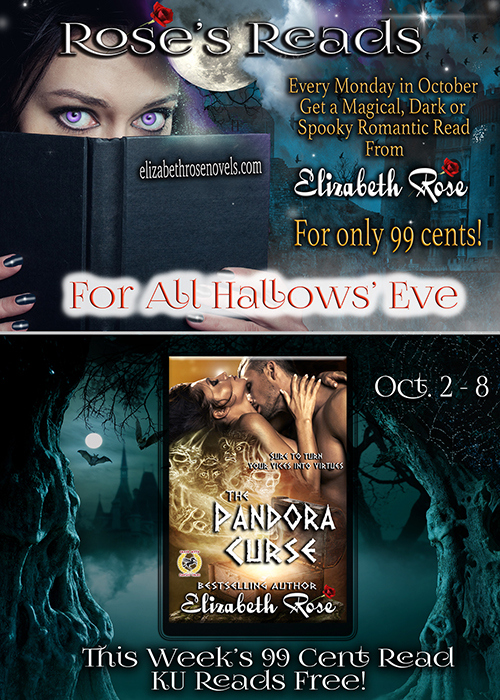 I am calling these my Rose’s Reads for All Hallows’ Eve. Halloween is said to have originated from the ancient Celtic harvest festival, particularly the Gaelic festival Samhain. Once thought to have had pagan roots, back in the medieval times the church Christianized the holiday, tying it to the worship of the dead, being All Saints and All Souls Day which are on Nov. 1st & 2nd. Therefore, the night before All Hallows’ Day was All Hallows’ Eve.

Interesting fact: The word Halloween didn’t originate until about 1745 and it was from the Scots. The Scottish word for eve back then was ‘even’ or e’en, which added to Hallow was Hallowe’en. I will be telling you more interesting facts through the month, such as how treat-or-treating originated, as well as why we dress in costumes or light up jack-o-lanterns on that day.

But for now, the first 99 cent sale book that will lead up to Halloween is The Pandora Curse. It is on sale from Oct. 2nd – 8th.

This is one of my Greek Myth Fantasy Romances. I first started writing them many moons ago when The Legendary Journeys of Hercules and Xena Warrior Princess were popular on TV. Do any of you remember that? The idea of the mythical Greek gods and goddesses intrigued me. I loved mythology ever since high school and couldn’t wait to take a myth that is usually tragic (face it, they are) and turn it into a romance with a happily-ever-after. 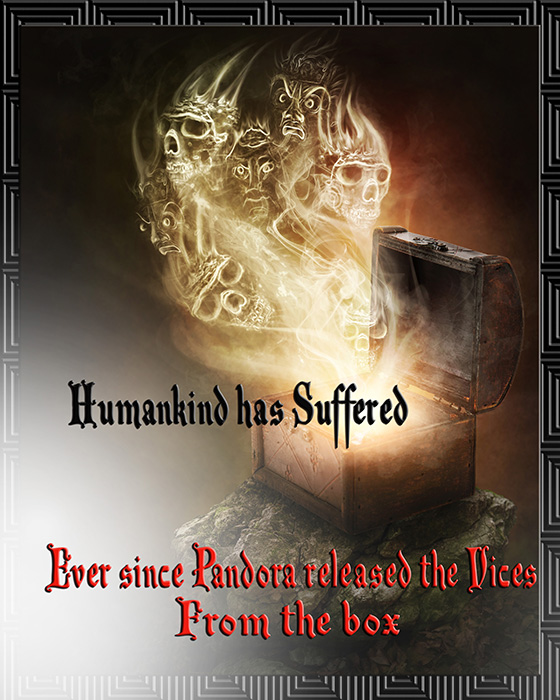 The myth of Pandora being curious and opening the box, hence releasing the vices onto humankind, is what my story, The Pandora Curse is based on. My heroine is Vara the Conquerer who is ruthless, selfish and mean – at the beginning of her journey. She is a descendant of Pandora, and all the females in the family have “The Pandora Curse.” She is inflicted heavily by the vices, Greed, Lust, Jealousy, Anger and Gluttony that her great grandmother, Pandora released from the forbidden box. Vara also hears the voices of the Furies constantly taunting her in her head, urging her to give in to these weaknesses. 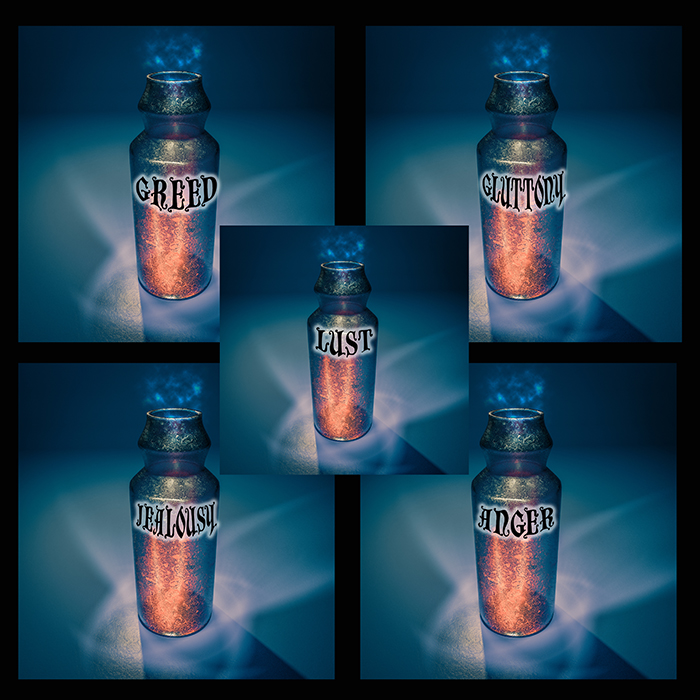 My hero is Nikolai the Seer. He is a demigod, his mother being Hera. Hera is angry at Zeus as usual, so she sends her son to collect the vices of Vara in secret. She does it just to spite her husband who likes to see mankind suffer because of his gift of Pandora to the Titan, Epimethius.

I loved writing this book because it deals with the darkness and vices that all of us have to face in our lives. While the subject may seem a little intense, there is still a lot of humor in this book. Most of it is brought on by Hera’s shapeshifting minion, Baruch who is sent to watch over Nikolai so he doesn’t screw up Hera’s mission.

Other books in my Greek Myth Fantasy Series are Kyros’ Secret, The Oracle of Delphi (featured at one time on the History Channel) and Thief of Olympus. All the books can be read on KU for free!

I won’t tell you which other books will be on special at this time, but I will say this will be the only Greek Myth. I hope to have time to send out more blogs with insights as to why I wrote the books or what was involved. Watch my website every Monday from now until Halloween, for another of Rose’s Reads for All Hallows’ Eve.

If you haven’t already signed up for my NEWSLETTER, please do, as often it has different things than my blog. Also, be sure to follow me on social media, Twitter, Goodreads, Facebook, Bookbub or Pinterest by clicking on the following icons: