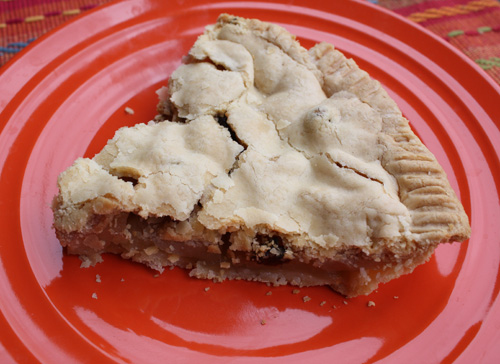 Mindy, can you tell us about it?

Mindy: Sure, Elizabeth. I had to use whatever I could find in my grandfather’s kitchen. Since he’s a farmer and also a widower, there were lots of apples, but not much else. My grandfather used the yeast and the sugar in his still to make his homemade brandy. Thankfully, James had a frozen pie crust in the freezer. Here’s how I made it:

1 Frozen pie crust (not deep dish)(Use just the bottom at first and put in the following ingredients.)

6 apples, peeled and sliced. (Or enough to fill up the crust.)

Honey – drizzle some over the apples lightly.

Cinnamon – sprinkle some over apples.

Place the top pie crust over it. Pinch the edges tight, and actually kind of smash down the crust tightly so it doesn’t fall apart. Cut a few slits in top. Place on a pan covered with foil. Here’s the secret. Since I used no flour or thickener, it may become too juicy unless you use older apples. So once or twice during baking, tilt the pie over the sink to drain out the extra juice. Bake about half an hour at 350, or until the crust looks brown and there isn’t liquid bubbling up at the sides.

This makes a perfect pie every time. And James loves it! 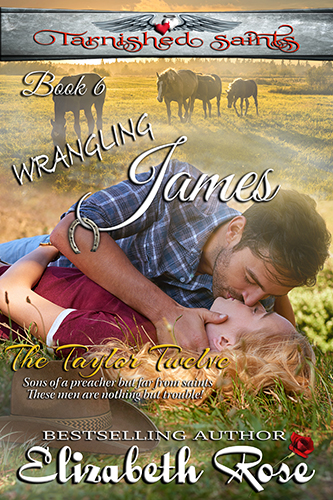