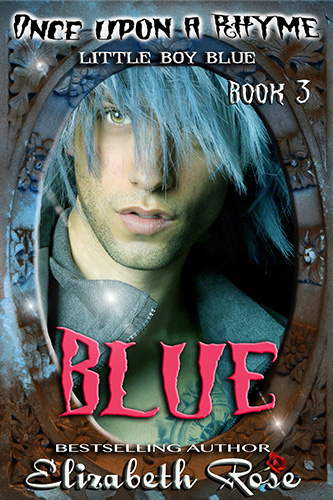 Some curses, no matter how old they are, just never die. And this Christmas season was going to be the worst ever. My little brother, Johnny, hadn’t stopped playing that silly horn yet since he found out there was going to be an audition at school for lead trumpet in the Christmas band concert. And the worst part was, he sounded horrible!

“Pass the potatoes, please,” I asked my best friend, Candy. She lived with us now since her mother’s boyfriend was put in prison. Candy’s mom moved back to Oaken Hills to live with Candy’s sister, Eileen. Not to mention, her mom was getting counseling after being in an abusive relationship with that creep of a boyfriend.

“What did you say?” Candy shouted from across the table, not able to hear a word over the sound of Johnny’s trumpet. Our dog, Trapper, and Candy’s dog, Champ, barked and ran in circles around the living room chasing each other. Shadow, my late Aunt Bestla’s cat, hid under the piano, probably wishing it was dead.

“I said, can you please pass the potatoes?” I tried again, wanting to take that old blue trumpet and wrap it around my brother’s neck. We found it in my Aunt Bestla’s house when we moved in. She was eccentric and had a lot of odd things that we inherited. One of the oddest things I found was an old nursery rhyme book buried out in the back yard, along with a crystal shard I wore on a chain around my neck. Ever since that incident, some very strange things had been happening, and I knew they were far from being over.

“Raven, you’re going to have to speak up,” said my mother, getting up and rinsing her empty plate in the sink. “I thought you were over that stage of being as quiet as a church mouse.”

I was over it, but not because it was of my own doing. It all happened when that evil spirit, Mary, invaded my body. She was the Mary, Mary from the nursery rhyme – Mary, Mary, Quite Contrary. Part of me kind of liked it when she took over because she’d managed to catch the eye of Dex Campbell, the handsomest guy in high school that I’d had a crush on ever since we moved here. Then again, Mary had an evil side to her, too. But that was nothing compared to Patience Muffet who took over my friend Candy’s body and almost ruined her life.

“I said . . .” I screamed it this time to be heard over the awful noise. “PLEASE PASS THE POTATOES!”

Of course, as soon as I started shouting, Johnny decided to stop playing. That made me look like a real fool.

“Raven Birchfield, there is no need to shout!” My mother reprimanded me, drying her hands on a dishtowel. “How many times have I told you to start acting like a lady? You are sixteen years old now, and I expect you to be more mature.”

More mature? If my mother wasn’t always working at her two jobs, trying to hold down the fort as a single mother, she might have noticed that Johnny was the immature one, not me. I could have pointed out that she’d just told me to speak up, but it wouldn’t have made a difference. Johnny was her baby and he always got away with everything.

“Yes, Mother,” I said with a sigh, taking the bowl of potatoes from Candy and rolling my eyes.

Mother glanced up at the clock and frowned. “I’m going to be late for work at the diner if I don’t leave in the next few minutes.”

“Leave?” whined Johnny. “But, Mom, it’s my birthday and you promised we’d go out for ice cream.” Johnny turned fourteen today, but still acted like a child as far as I was concerned.

“Johnny, it’s December and there’s snow on the ground. You don’t need ice cream,” I told him, deciding I didn’t want more potatoes after all, putting down the bowl.

“Oh, I did promise,” said Mother, her face scrunching up as she said it.

“Plus, I didn’t open my presents yet,” complained Johnny. “Where did you hide them? I don’t see them anywhere.” Johnny’s head whipped back and forth. His blond hair was raggedy and needed a trim. His bangs were so long you couldn’t see his eyes half of the time. I wouldn’t be surprised if he tripped because he had hair in his eyes.

I knew that look on my mother’s face. She didn’t have any extra money for things like birthday presents. I also knew that look on Johnny’s face. It was the look of despair. Ever since our father left us on Johnny’s seventh birthday, it had scarred my little brother. He always got so excited that it was his birthday and then realized it was also the day our father left and things went downhill from there.

“She didn’t have time to wrap it yet,” I blurted out, trying to save the day. I jumped up from the table and put my arm around my mother’s shoulders. “I’ll wrap the present for you, Mom, and Johnny can open it when you get home tonight.”

“But Raven,” Mother started as I ushered her to the door.

“Don’t worry, I’ll find something,” I whispered in her ear, bringing a smile to her face.

“I won’t be home until after midnight,” said Mother. “I’m not sure I want you two up that late on a school night.”

The dogs decided to bark and chase each other again, and it worked out in my favor. “Sorry, can’t hear you,” I said, handing her the car keys and her coat and purse and basically pushing her out the door.

“Maybe we can come by the diner for some ice cream tonight,” suggested Candy, following me across the room.

My mother was a friend of the owner of the diner so we basically got free ice cream whenever we wanted.

“Oh, good idea,” said my mother, slipping into her coat as she walked to the car. “Raven, make sure Johnny wears a hat and gloves when you walk over to the diner. And don’t be too late because you know it’ll be dark early now that it’s winter.”

“All right, Mom. See you later,” I said, closing the door so I didn’t have to hear her treating us like babies anymore. After all, we’d been latchkey kids most of our lives, and I basically raised Johnny. I was sixteen and Johnny just turned fourteen, but in our mother’s eyes we’d always be children.

“All right, let’s clean up the dinner dishes and we’ll walk on over to the diner for ice cream,” I said.

“The dogs need to go out,” said Johnny, setting down his trumpet on the floor and rushing to the back door with the dogs on his heels, just so he wouldn’t have to do a lick of work.

“Aren’t you going to make him wear his coat?” asked Candy.

“What for?” I headed back to the kitchen with Candy and started cleaning up the mess. “He won’t listen to me anyway. He never does.”