Trucker Daddy, Book 3 of my Working Man Series is now on preorder, with a release date of July 19th. You’ll also see guest appearances by some of those Bad Boys of Sweetwater from my Tarnished Saints Series.

Trucker by trade. Daddy by inheritance. Cal Reeves must hire a nanny to ride with him in his truck cross-country, taking care of his little niece that his late sister left him in her will.

Tuesday Twaggard (Twiggy) has been infatuated with Cal Reeves since the day he took her to prom back in high school. However, she’s recently discovered he did it as part of a bet, and she is not happy to be the brunt of a joke. It’s years later, and Cal doesn’t recognize her because of her new looks. She’s hired as his nanny and will spend the next few days living with him in his truck, making him pay for what he did to her. Or will he? 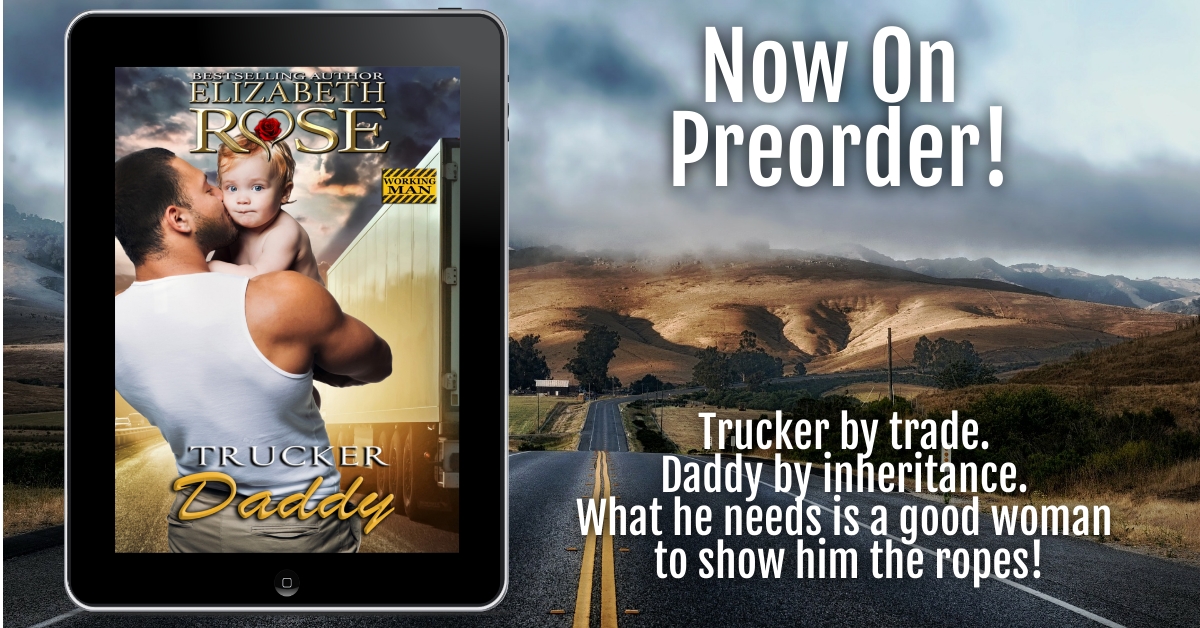 Living in close quarters with a man, a woman, a baby and a dog won’t be easy. Will it bring them closer together or push them further apart?

Find out in Trucker Daddy! Reserve your copy today!