I hope everyone enjoyed the holidays. Some of you have been asking for the release date for The Baron’s Destiny – Book 3 of my Barons of the Cinque Ports Series. The date set is January 26th, so please watch for it. 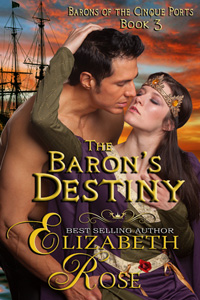 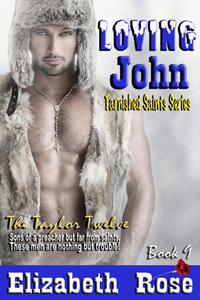 In February, those of you who have been patiently waiting, will see the release of Loving John – Book 9 of my Tarnished Saints Series followed by Beast Lord – Book 3 of my Tangled Tales Series. I also have written my first Viking novella which will be released in a boxed set on January 26th as well. It is now available for pre-order for only 99 cents in the Sirens of the Northern Seas multi-author boxed set, so don’t miss it. 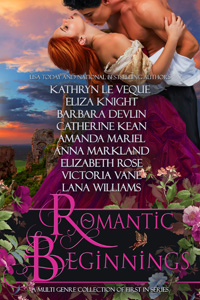 If you enjoy boxed sets, you might also want to try the Romantic Beginnings boxed set of First Books of a series from 9 best selling authors. It is a multi-genre boxed set which features my small town romance, Doubting Thomas from my Tarnished Saints Series. The set is only 99 cents and KU reads free. 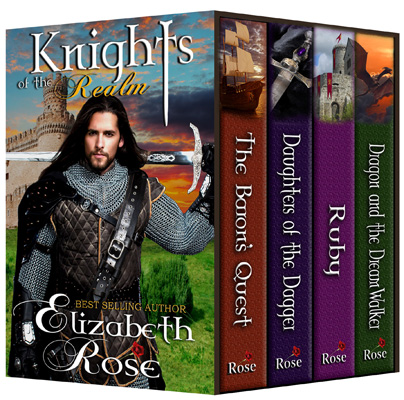 I have released a few of my own boxed sets such as my Knights of the Realm set which features First Books of some of my own series. And now you can read my entire Cowboys of the Old West Series in a boxed set or my Elemental Series in Medieval Magick Boxed Set for only 99 cents as a limited time offer. (KU reads free.)

Also, two more multi-author boxed sets you might be interested in for only 99 cents are the Knights and Ladies or the Mystical Enchantment boxed sets.

Watch for more new releases, boxed sets, and some surprises coming your way in the new year, as well as a revamped website. And if you enjoy audiobooks, you can now get Daughters of the Dagger Prequel, Ruby – Book 1, and The Baron’s Quest in audiobook form. Watch for Sapphire coming within the next month, followed by the rest of the series and the rest of the Barons of the Cinque Ports Series as well.

Looking forward to a new, exciting year. Thank you all for your support, and remember to leave reviews for any of the books you enjoy, as it would mean so much to me. Thank you once again.