Willow is the daughter of Rook, one of the triplets from the Legendary Bastards of the Crown. With the power of persuasion, she can get any man to do what she wants. But how far will she go to catch a thief? 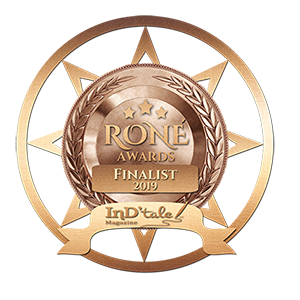 “Lady Willow?” asked a deep voice from behind her.

Willow spun on her heel, her heart racing at hearing a man’s voice in her room. There in the doorway stood a tall, handsome knight. He gripped the edge of the doorframe with one hand but stayed outside the room. Unless it was her imagination, he was hesitant to enter.

“Aye,” she said, her voice squeaking since she was so mesmerized by the man’s appearance. Hopefully, he was one of the unmarried knights here for the festival. She would like to get to know him. “I am Willow. Lady Willow Douglas.” She reached up and straightened the crown on her head.

“Your father sent me.”

“My father?” She cocked her head, taking two steps toward the man. He looked familiar. Where had she seen his face before? “Who are you, Sir Knight? And why has my father sent you to my door?”

“Willow, it’s me. Conrad,” said the man with a comforting smile.

“Conrad?” Her mouth fell open, and she blinked twice, thinking this was all a dream. “Conrad . . . who?” she asked, just to make sure. After all, this couldn’t possibly be the same lanky boy with the bad skin and the greasy hair that she remembered from childhood. Nay. This man had a broad chest and many muscles in his arms. Shiny oaken hair came to the nape of his neck. And his skin was impeccably smooth like the sand on the beach after a wave washed back out to the sea.

“Sir Conrad Lochwood.” He cleared his throat and shifted from one foot to the other. “I thought you’d remember me from my time being mentored by your father at Naward Castle. Of course, that was a long time ago.”

So it was him! God had been kind to the man after all. She would never have dreamed in a million years that Conrad the Cur would be standing in her doorway looking like a handsome man.

“I – I am sorry. It’s been a long time, and I didn’t recognize you.” She smoothed out her gown and sashayed toward him. “Won’t you come in and close the door?”

Almost as if she’d struck him, the man jumped backward, nearly falling over his feet. “Nay,” he said backing out into the corridor. “It wouldn’t be proper. Your father wouldn’t like it.”

“My father told me just today that it doesn’t matter if a man acts properly or not. He won’t care if you come into my chamber. Besides, you told me yourself that he sent you here, so it’s all right to enter.” She moved closer.

“Stop,” she said, holding up her hand. “I don’t think whatever the message is, that you should be saying it out in the corridor where the servants are listening to every word.” She nodded to a chambermaid passing by, and a page walking the other way. They both moved slowly, and it was apparent they wondered why he was there. So did Willow, although she could guess. The reason was one she thought she’d hate, but now she wasn’t so certain. “At least step into the room and close the door partially, because I don’t want you announcing my father’s business to the entire castle.”

“Oh, I suppose you are right.” He looked over his shoulder and then stepped into the room, closing the door part way behind him.

As handsome as he was, he was still the boy who had yanked her braids, played practical tricks on her, and made her life a living hell before she was sent to be fostered by Lord Beaufort. Her father sent her away from Naward because it was what the late queen wanted. In doing so, he took her away from her mother as well. Willow missed her mother and was only glad she lived with her cousins because it made it easier. They comforted each other often.

“Your father has sent me here because I am to tell you that I will be your guardian until his return.”

“I don’t need a guardian.” She put her hand out and gave the door a shove. It closed with a loud click behind him. “Now, Sir Conrad, tell me how much my father is paying you to do this. Because however much it is, I will pay you twice as much to leave Rothbury now and never look back again.”