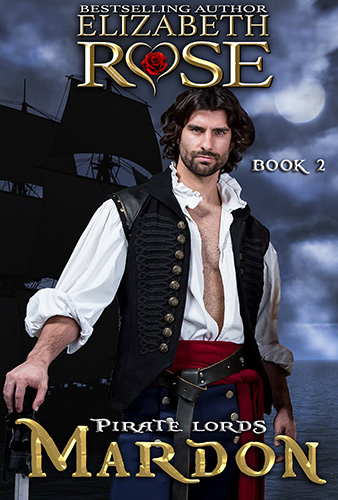 Lady Emmaline de la Croix disembarked the fishing ship on the port of Great Yarmouth, thankful to have escaped the convent in Canterbury before she actually had to take any vows. Her true home was England and although she was happy to be back from France, this wasn’t the way she wanted to live her life.

Looking down at her drab, black robe, she longed for her colorful, fancy gowns she’d left back in France during her quick departure. The one gown she’d still possessed had been confiscated by the nuns. What little she owned now, she had with her – a black gown and wimple, plus a rosary that she wore around her neck.

Emmaline’s father, Lord Bernard Sutterland, was on his deathbed thinking she was naught but a strumpet right now, but it wasn’t true. Emmaline loved her father and always longed for his approval, so this felt like a knife going through her heart.

With her stepmother, Lady Aldusa’s persuasion, Emmaline had been married off to an evil Frenchman last year and was sent away from her father’s side. The man she’d been forced to marry was the cur responsible for ruining her reputation. She despised him. Because of what he did, Emmaline had been disowned by her family and told never to return. She was condemned to live the rest of her life in a nunnery, praying for forgiveness for her sins.

The last year of being married to that evil bastard, Lord Jean Philippe de la Croix, had been a living hell. Her only consolation was that he was now dead. If pirates hadn’t killed him when his ship was raided last month, she swore she would have ended up killing the man herself.

Emmaline’s hand went to her chest as she thought of the small vial of poison she had hidden in her cleavage beneath her clothes. She had taken the vial from her stepmother’s dressing table, thinking it was perfume. Emmaline had meant to hide it from the nuns, and to wear it on occasion. But when she’d opened the bottle at the convent, she recognized the scent of belladonna and hemlock. Why would her stepmother even have a bottle of poison?

Emmaline was all alone now and without an escort. That made her nothing but prey to any lust-filled man who’d want to have his way with her. The poison was her only means of protection if she should get into trouble. That, along with the dagger tied to her thigh that she’d managed to steal from the fishermen who gave her passage here. While the hidden dagger and bottle of poison helped to ease her mind, her real weapon that would assure her safety was being dressed in the robes of a nun.

“Are you sure this is where pirates often come?” she asked one of the fishermen as the crew hurriedly departed their boat and made a beeline to the tavern. She took a quick look around her. Quite a few ships were docked, mostly smaller ones. Fishing nets were spread out on the shore to dry. Little shacks dotted the area up and down the coast, this being the best place to fish for herring, according to the fishing crew that brought her here.

“Aye, Sister,” answered the man. “The Fish Head Inn is a favorite place of fishermen, pirates, and even whores.”

“Have you ever heard of a pirate ship called the Falcon?” she asked him, scanning the water, looking for tall ships.

“Aye, but I’m surprised ye know of it. I mean, bein’ a nun and all, I thought ye only kent about prayers and holy things.”

“You’d be surprised,” she mumbled under her breath, feeling hot and wanting to rip off the wimple and let her hair blow free in the breeze. How could the nuns endure this attire day after day? “Can you tell me anything at all about the Falcon or its crew?”

The man shrugged. “I don’t know much since me and the rest of the crew go out of our way to avoid pirates.” He cocked his head and squinted at her in the bright sun. “Sister, forgive me for sayin’ but ye almost sound like ye’re actually lookin’ for pirates instead of tryin’ to avoid them. Is this true?”

“Nay, don’t be silly.” She fussed with her wimple and looked in the other direction. “Of course not. I just wanted to make sure I wasn’t going to run into them while I’m here.”