Isobel is a Scottish proxy, sent to marry in her cousin’s stead. Conlin is an English Baron of the Cinque Ports in need of a mother for his young daughter. Along the way the Scottish king is murdered and Isobel is a witness, but only sees the feet and shoes of the murderer from behind a bush. However, it is her love and fascination of shoes of all kinds that is the key to finding the killer!  Get The Baron’s Bounty on kindle countdown this week for only 99c. (Treat yourself and pick up the audiobook afterwards for more than half off the original price.) 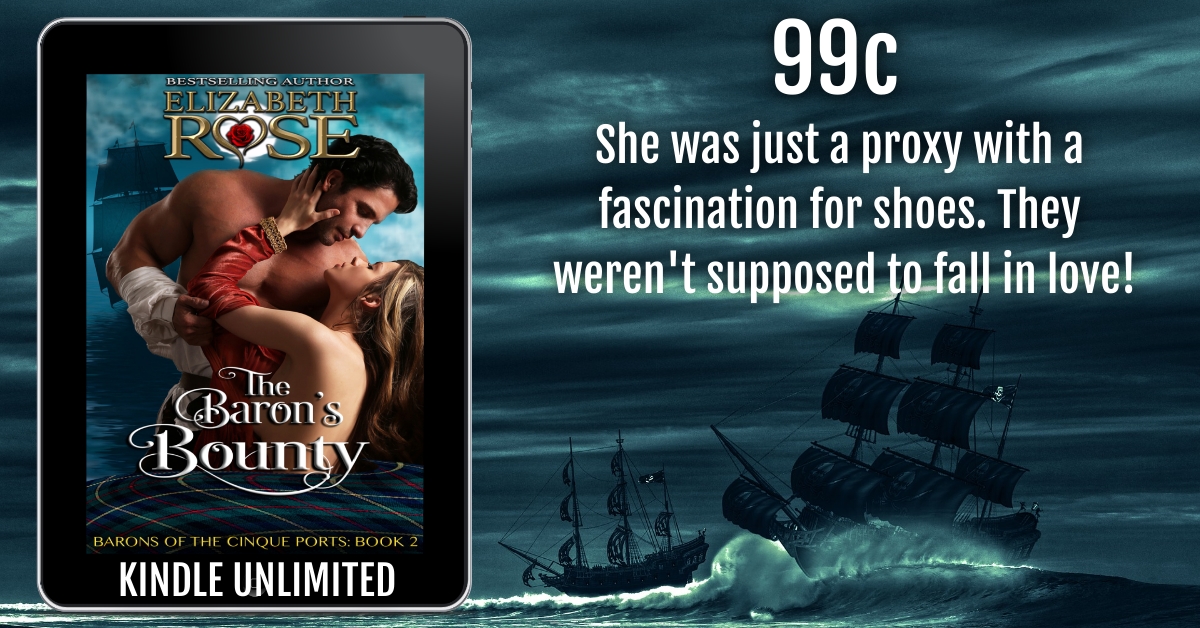 Be sure to also pick up the rest of this historical, intriguing series, The Baron’s Quest and The Baron’s Destiny. 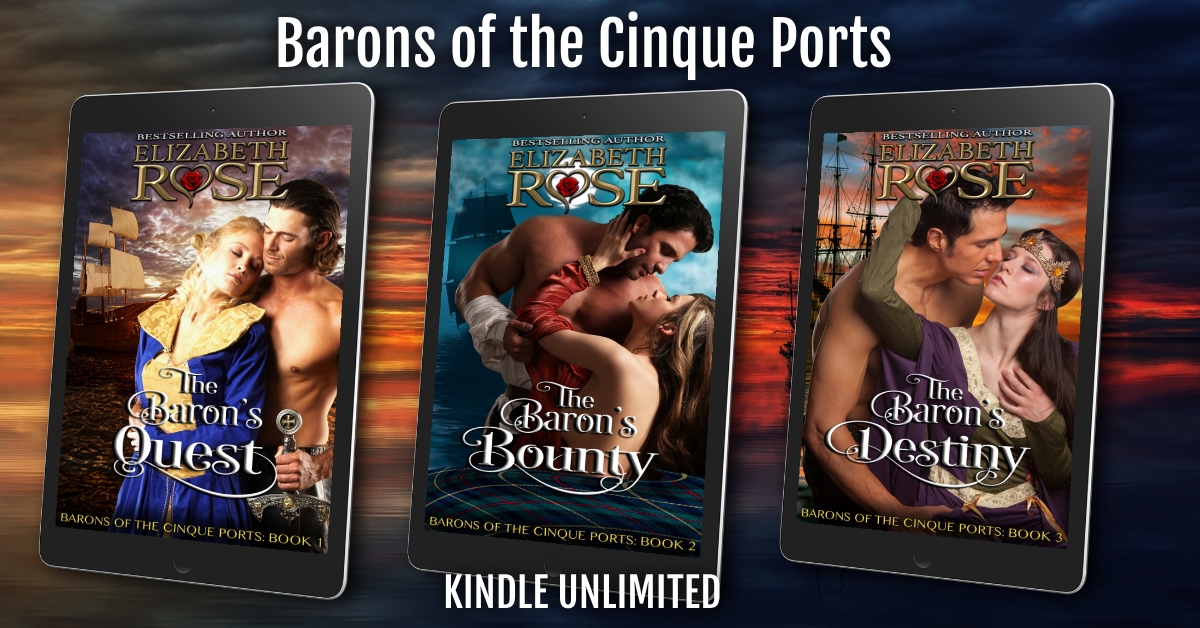