Rebellious Secrets, Book 3 of my Secrets of the Heart Series is here! A woman who knows how to use a blade is torn between whether to use it in an attack led by an outlaw or to put it down and marry a man for an alliance. Only 99 cents for a limited time and KU reads free. Read on to find out about more deals as well as a contest. 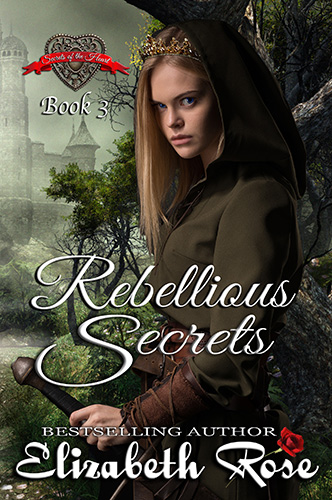 If you’ve missed the other books in the Secrets of the Heart Series, you can pick up Highland Secrets as well as Seductive Secrets, Books 1 and 2. And now on preorder is Forgotten Secrets, the last book of the series. The forgotten cousin, Morag finally gets her own book. Preorder today for only $2.99 and it’ll be delivered to your e-reader when the book releases on Feb. 20th. 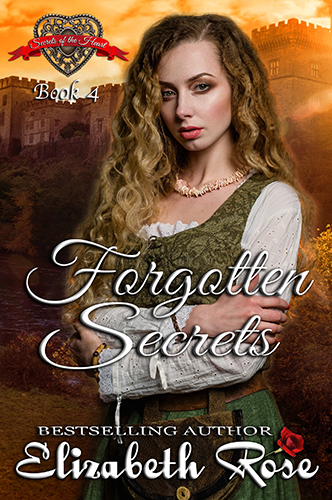 I also have the Barons of the Cinque Ports trilogy on kindle countdown from now through Dec. 4th. You can pick it up for 99 cents, and that is for the entire series. But don’t wait, because every day or two the price goes higher. This is one of my favorite series chock full of fascinating medieval history – as well as romance of course. 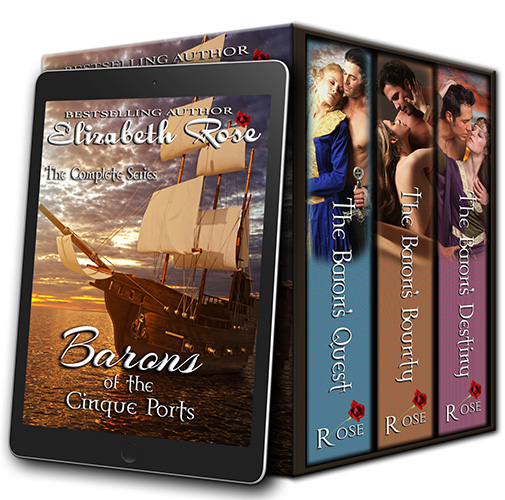 Recently, I received my 75 pin from Romance Writers of America, celebrating the fact I have written and published 75 books. Sometimes I think WOW, how did I do that? Thanks to all my readers for your support, because without you I couldn’t have done it. Hearing from my readers and how much my books are enjoyed is what gives me the stamina to keep going. So thanks, everyone, once again for being a part of this journey with me. (For the record, I am working on my 78th book already.

And now for a contest to help me celebrate the release of a new book as well as my accomplishment of 75 books and counting. Enter through the rafflecopter below for a chance to win an amazon gift card or one of my audiobooks of your choice. Good luck!

One last reminder before I go. Another of my new releases, Mistletoe and Chain Mail is available in paperback and ebook form and in a few weeks will be available as an audiobook as well. My narrator is from the UK and does a fantastic job. You can hear samples of my audiobooks on amazon or audible. Pick up your ebook at 99 cents for a short while yet.

Now, here is the contest I promised. – Thanks everyone!