Hello everyone, and welcome to spring! To celebrate the new season, I have a new release – Playing Nate, Book 10 of the Tarnished Saints Series.

Nate Taylor is a musician who owns a Bar and Grill that is in need of some major repairs. When he doesn’t have the money, it looks like he might lose it until a rich new florist moves into town and makes him a deal. She offers him a marriage of convenience for both of them to get what they want, but Nate is hesitant since she is ten years older than him. Will a business deal between two people with such an age difference turn into something much more personal after all? 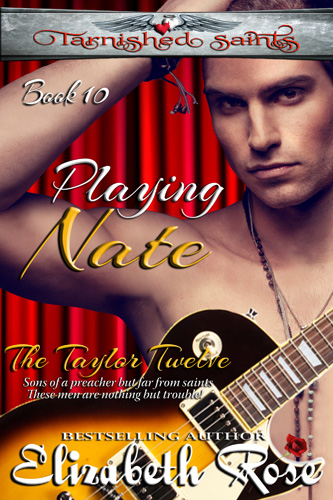 Click on the cover to buy Playing Nate for only $2.99. (Kindle Unlimited reads for free.)

And watch for Igniting Andrew – Book 11 (my firefighter) which will be released in late April.

My Tarnished Saints Series now has a logo and all revised covers. I love the new look and hope you will too. Here is a few of them. Just click on the pages from the menu bar to see the rest. 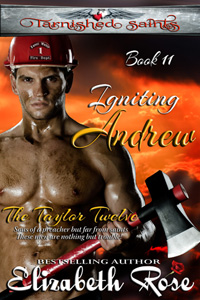 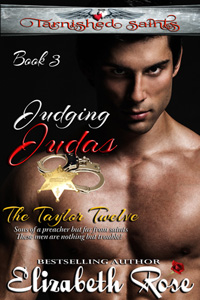 And for those who like medieval romance, you can now get four full length novels from four bestselling, award-winning authors in A Kiss and a Promise boxed set. Only 99 cents (limited time only) or Kindle Unlimited reads for free. 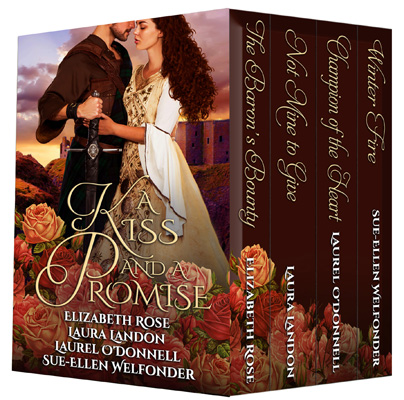