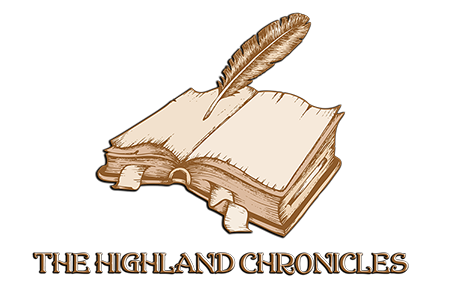 She needs his protection traveling to the Scottish Highlands, but she is headed toward his enemy’s territory. How much will they both risk for love? 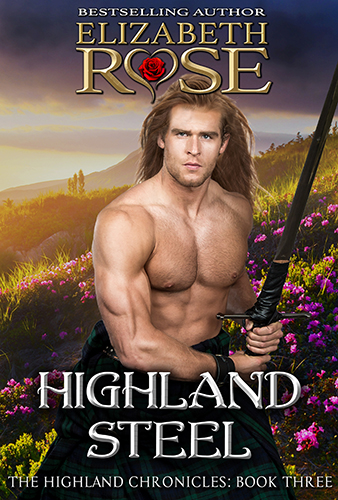 Naked as the day he was born, Logan MacKeefe stepped out of the waters of the River Clyde, feeling the bite of the fresh spring air against his skin. Lifting his face to the bright sun, he pushed back his wet, long, blond hair and took a deep breath. The aroma of leftover snowdrops and the new blooms of sweet, colorful crocuses filled his senses. He loved the outdoors and especially spring – the time when the dead of winter was gone and the promise of all life was renewed. The world came alive again, and so did he.

Logan collapsed atop a sun-warmed rock to dry off, closing his eyes, resting his arms behind his head. Relaxation was what he strived for since his day hadn’t started out that smooth. His clothes and sword were sprawled across the ground next to him but within easy reach. His pet wolf, Jack, lay on the ground in the shadows nearby, watching and waiting, as always.

Logan was by himself, while his friends were drinking. Once again, he had been thrown out of the Horn and Hoof Tavern by the proprietor, Old Callum MacKeefe, because of Jack. Logan’s gray wolf often ended up scaring a few customers every time he visited Glasgow. However, in Logan’s defense, the wolf only frightened the people that didn’t know him. Still, Old Callum didn’t care. He was tightfisted with his coin and didn’t want even one man to leave the tavern before drinking heavily of his Mountain Magic. He convinced the travelers passing through to drop more money than they’d intended into his already overflowing coffers. Therefore, the old man’s answer to keep his customers there was to kick Logan and his pet out.

“Dinna worry, Jack,” Logan spoke with his eyes closed, drinking in the warm sun. “Ye’re too guid for that place anyway. We belong in nature, no’ in a dark, smelly tavern with dirty rushes on the floor and a room full of rowdy drunks.”

Logan often sat naked or even walked around that way on the riverbank after bathing. Never was he a shy one to have to hide the body the good Lord gave him. At two and twenty years of age, he was in the best shape of his life and proud of it.

Off in the distance he heard the sounds of music and laughter floating on the air, coming from the Horn and Hoof Tavern. His friends, Hawke, Ethan, and Caleb were there making merry and drinking Mountain Magic without him. They celebrated the haul of money they’d made after selling all of Logan’s handiwork at the fair. The items consisted of toys, furniture, wooden swords, and even bowls and goblets. It was because of his talents with whittling and the supply he’d stocked up all winter, that the MacKeefe Clan would be eating well this spring. Ironic, since Logan was the only one who wasn’t joining in celebrating their good fate.

He could go for some Mountain Magic about right now. The potent hellfire was the most popular and sought after whisky in all of Scotland. It was a personal blend, brewed up by Old Callum MacKeefe, the grandfather of their clan’s laird, Storm. Callum prided himself on serving the strongest whisky in all the land, and credited the potion to his unusually long lifespan. To date, Callum was, as far as Logan knew, the oldest man to ever walk the hills.

The soft growl of an animal caused Logan’s eyes to drift open. He knew that sound and had heard it many times before. It was Jack telling him there was danger or perhaps a stranger nearby.

Logan jumped up and grabbed his sword, spinning on his heel to find a woman atop a horse riding recklessly down toward the water from the road. She sat slumped over the horse, as if she could barely hold on she moved so fast. Sitting sidesaddle like a lady, Logan was surprised she hadn’t already fallen off her steed since the horse seemed spooked. The animal crashed through the brush and sped over the rocky ground with the woman dangerously teetering in the saddle, trying to keep her balance. Logan’s wolf stood guard with its head low, watching as she approached them at the water’s edge.

“Help me!” cried the woman, sounding frightened and frantic as she rode toward him, holding on to the horse’s pommel rather than the reins which dangled at the horse’s side. “Please, we need your assistance.”